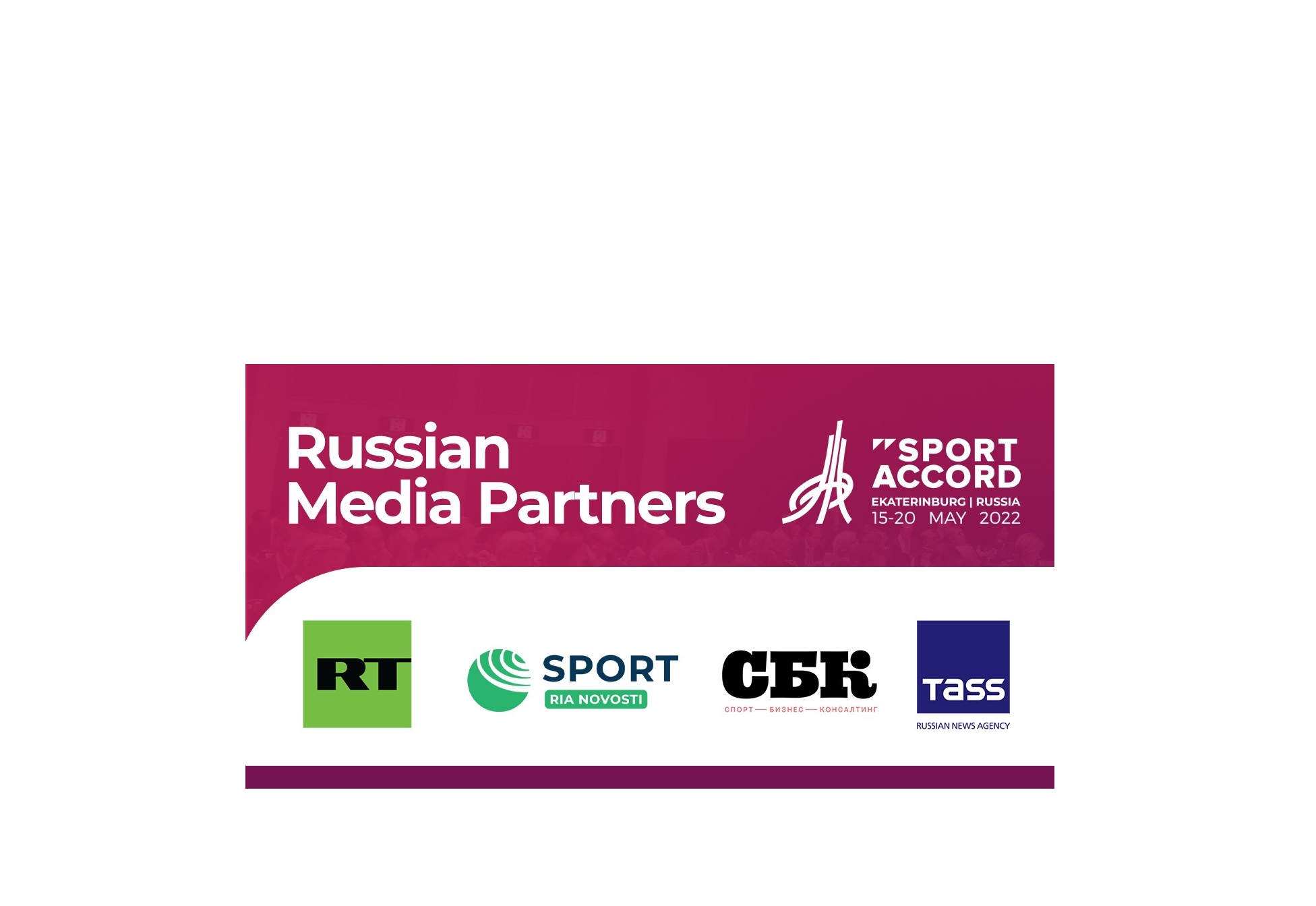 LAUSANNE, Switzerland – The SportAccord World Sport & Business Summit 2022 is set to benefit from outstanding media coverage, with a series of Russia’s top media organisations having committed to Partnerships for the event in Ekaterinburg.

More than 50 members of the Russian media have already been accredited to attend next year’s edition of sport’s most important global gathering, from 15-20 May 2022 at the IEC Ekaterinburg-Expo.

RT will serve as one of SportAccord 2022’s Principal Media Partners, while RIA Novosti Sport, Sports Business Consulting (S-BC) and TASS Russian News Agency will be Media Partners in Ekaterinburg. The leading Russian media organisations will provide in-depth coverage before, during and after the event.

“Russia’s most recognised media groups will help to shine a spotlight on SportAccord 2022,” said John Hewitt, Event Operations Manager, Communications, SportAccord. “Their coverage will play a vital role in taking the essential insights, news and messages from the gathering in Ekaterinburg to an audience across Russia and beyond. There has been significant interest in next year’s edition from media organisations based in Russia and internationally.”

Alexey Galanov, Media Manager of the SportAccord 2022 Organising Committee said: “The involvement of Russia’s leading media groups illustrates the importance of this event for the host city, region and country. The standing and reach of these organisations in Russia and beyond are unparalleled and will enable us to further engage with key decision-makers on a global basis.”

The role of the media, and how International Sport Federations (IFs) can work positively in partnership with media organisations, will be explored in detail during MediaAccord, which will take place during SportAccord on Thursday, 19 May 2022. In addition, MediaAccord will also feature an inside look into the Russian media landscape.

As the only global sports industry event attended by all IFs and their stakeholders, SportAccord brings together organising committees, hosting cities and regions, governments and administrations, rights-holders, agencies and athletes, as well as top-level experts and organisations from the sports media, technology, investment, medical and legal sectors.

Registration is open for the SportAccord World Sport & Business Summit 2022 in Ekaterinburg, the 19th edition of SportAccord’s flagship annual event. Organisations interested in becoming an official partner or exhibitor can contact SportAccord to discuss these investment opportunities by emailing sales@sportaccord.sport, with SportAccord also offering an interactive exhibition floorplan and 3-D flyover of the SportAccord 2022 exhibition space.