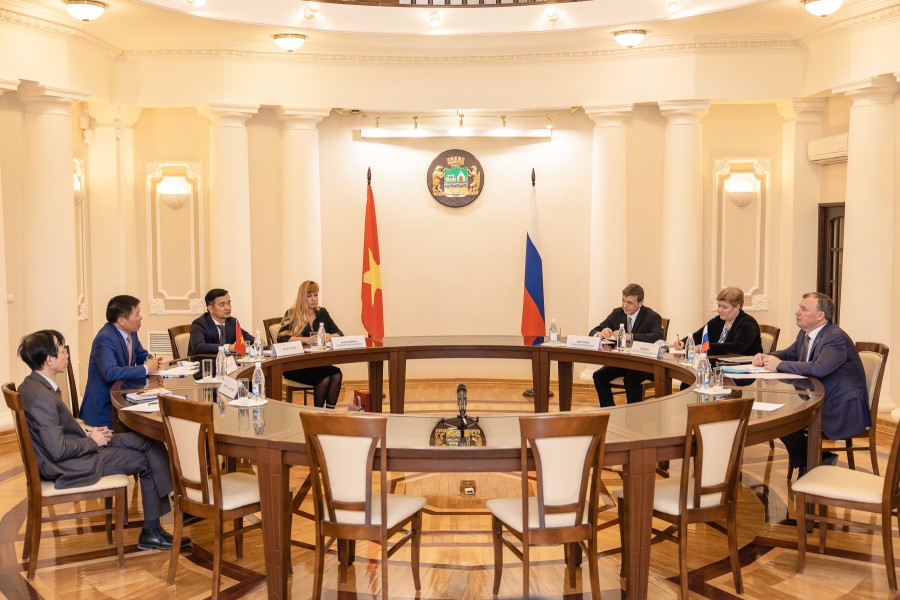 During the working meeting that was held at the Ekaterinburg City Administration, Alexey Orlov invited the Consul to take part in the planned events to have more communication and implement joint projects. He expressed the hope that Dinh Van Dong will be among the delegates to the SportAccord World Sports & Business Summit 2022.

Orlov noted that Ekaterinburg has hosted major international events since 2003, including the SCO and BRICS summits, the Russian-Chinese Expo, World Cities Day, and many others.

“The year 2022 will be no exception. We plan to hold such events as the multicultural project Museum Night, the SportAccord World Sports & Business Summit, Ural Music Night, the Crazy Days in Ekaterinburg music festival, the Innoprom international industrial exhibition, the 2022 World Volleyball Championship, and many others. In 2023 we’re preparing for the 300th anniversary of Ekaterinburg and the main present for the city will be the World Student Games,” said the Mayor.

Mayor Orlov added that students from Vietnam study in the leading universities of the Ural capital. “Future specialists, who will have no language barrier, are extremely important for the development of cooperation,” he stressed.