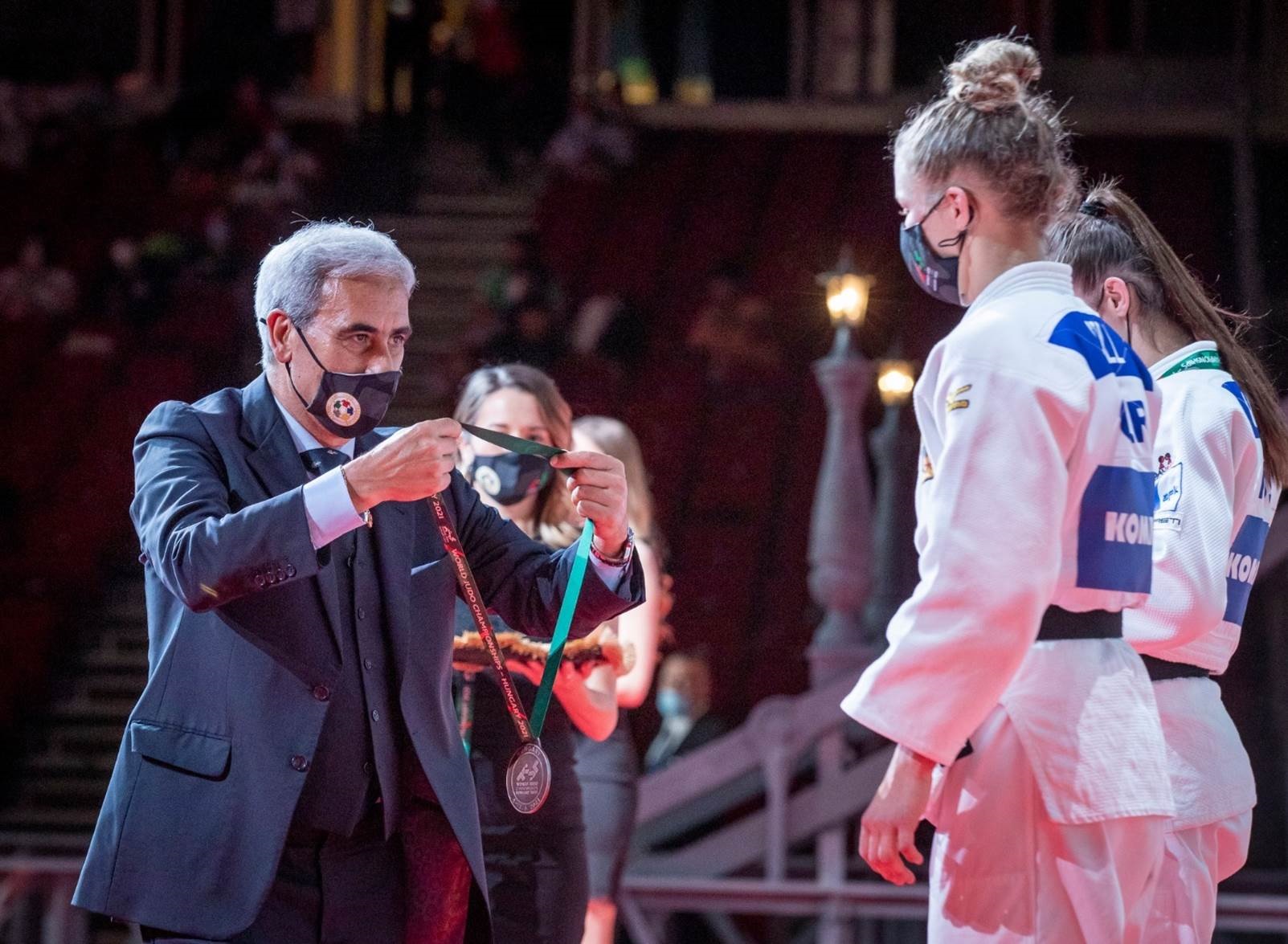 SportAccord and GAISF President Raffaele Chiulli this week attended the International Judo Federation (IJF) World Championships 2021 which is being held from 6 to 13 June in Budapest, Hungary.

The Hungarian capital has welcomed 664 of the world’s top judokas from 118 countries to compete across seven divisions at the László Papp Budapest Sports Arena. President Chiulli also had the honour of attending the medal ceremonies and presenting medals to victorious judokas.

“It was an honour to be part of this amazing event and my thanks must go to IJF President Marius Vizer for the hospitality of the entire judo community.

“With Tokyo 2020 on the horizon, the competition was indeed fierce and I have no doubt that judo fans worldwide are enjoying the action. And after the challenges of the past year, events like the World Championships being organised safely are a much-needed celebration of the reopening of sport which has certainly been sorely missed.”

The IJF World Championships is set to continue until Sunday 13 June with a number of medals still up for grabs.