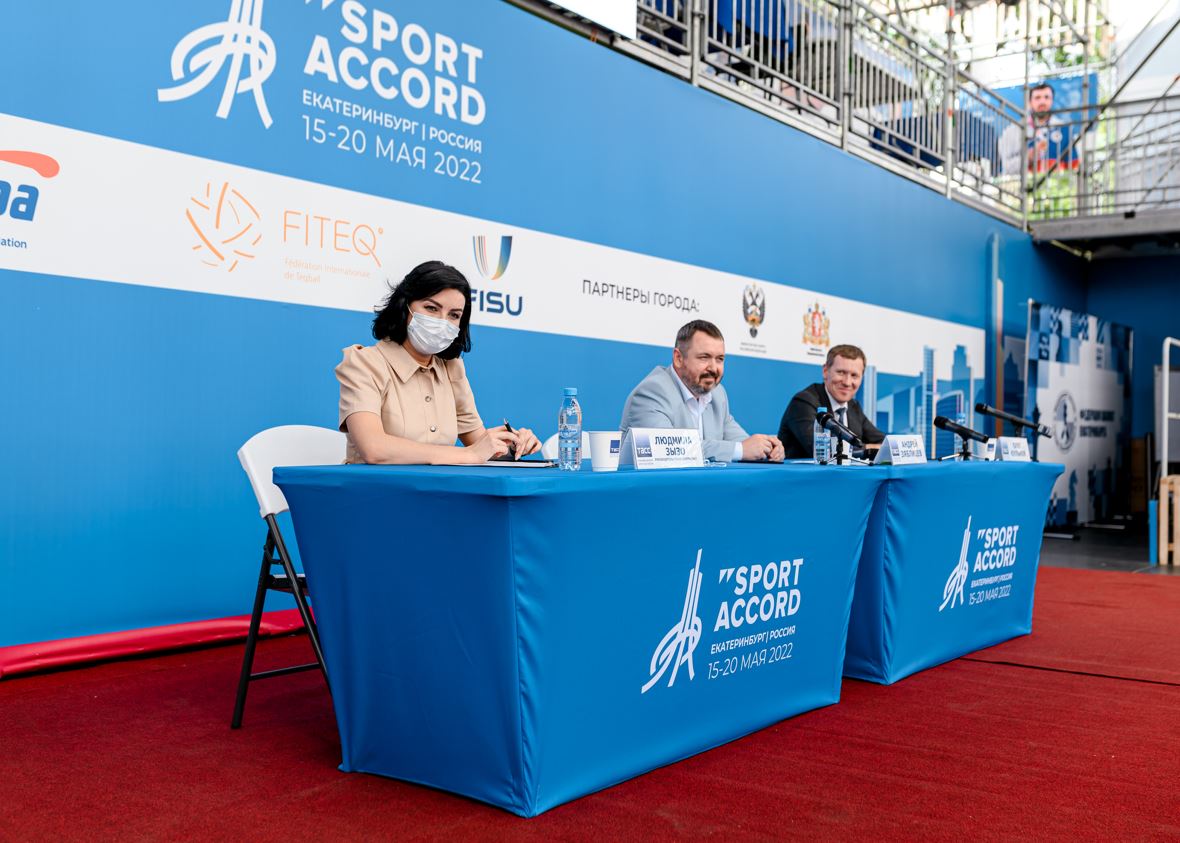 Ekaterinburg, Russia – A TASS press conference was held today in the centre of Ekaterinburg at the SportAccord World Sport & Business Summit pavilion to discuss the participation of Ural athletes in the Paralympic Games in Tokyo.

The Russian national team is currently at different training bases, undergoing quarantine and final preparations, but as early as tomorrow the athletes will leave for Tokyo. The Games themselves will started on 24th August.

“Our region is making every effort to ensure that athletes from Sverdlovsk Region perform successfully at the upcoming Olympics, while we are also preparing a reserve for the next Games. This year we had 25 applicants for the Games and the selection process resulted in a team of 16. We are fourth in Russia in terms of the number of representatives in the national team, behind only Moscow, Moscow region and St. Petersburg. And the entire volleyball team consists of our guys,” said Andrey Zyablitsev, Deputy Minister of Physical Culture and Sport of Sverdlovsk Region.

“The Paralympians missed out on Rio – they had to wait nine years. This is the ultimate motivation. They have undergone all the necessary training — sports, medical and equipment. All this will contribute to their performance. I urge you to cheer for our athletes, because thanks to their victories, the number of children involved in sports will increase,” Andrey Zyablitsev concluded.

There are three state-run sports schools in Sverdlovsk region where people with disabilities are able to train. There are now about 30,000 people in the region, 1,500 of whom are children.

“The largest number of athletes have mental disabilities. In addition to public schools, we have a social Olympiads committee, where there are about 4,000 children. For all the guys, sport is a social elevator that works effectively. We can see many stories on social media, concrete examples with stories about the lives of our athletes. This is content that is designed to motivate. These guys are not to be pitied, only respected,” says Oleg Kulkov, Director of the Center for Paralympic and Deaflympic training of sports teams of the Sverdlovsk region “Rodnik”.

Ural Paralympians, a member of the Russian Paralympic Committee team at the XVI Paralympic Summer Games in Tokyo, International Master of Sport in Athletics Elena Tretyakova and the Russian national team in sitting volleyball, also joined the press conference

“Tomorrow we will fly to Tokyo. Physically, we have built up what we have built up. All that remains is to show it at the Games. The issue of training in a restricted environment has long been raised for all athletes – we’ve tried our best. Thank God, I lived on the 22nd floor and was able to race up the stairs back and forth”, says Elena Tretyakova.

“Preparations have been going on for several years — we were not allowed to participate in the Rio Games. Now preparations are underway for the new measures: we undergo daily PCR tests, work on mistakes and refine them. We depart tomorrow. The guys are ready and we will take all the measures to win medals. We have a lot of competition ahead of us, all the teams are strong. Bosnia and Herzegovina, Iran, Brazil and China are the strongest teams, and they will also fight for the podium,” Tanatcan Bukin, the national team’s head coach, shared his emotions.