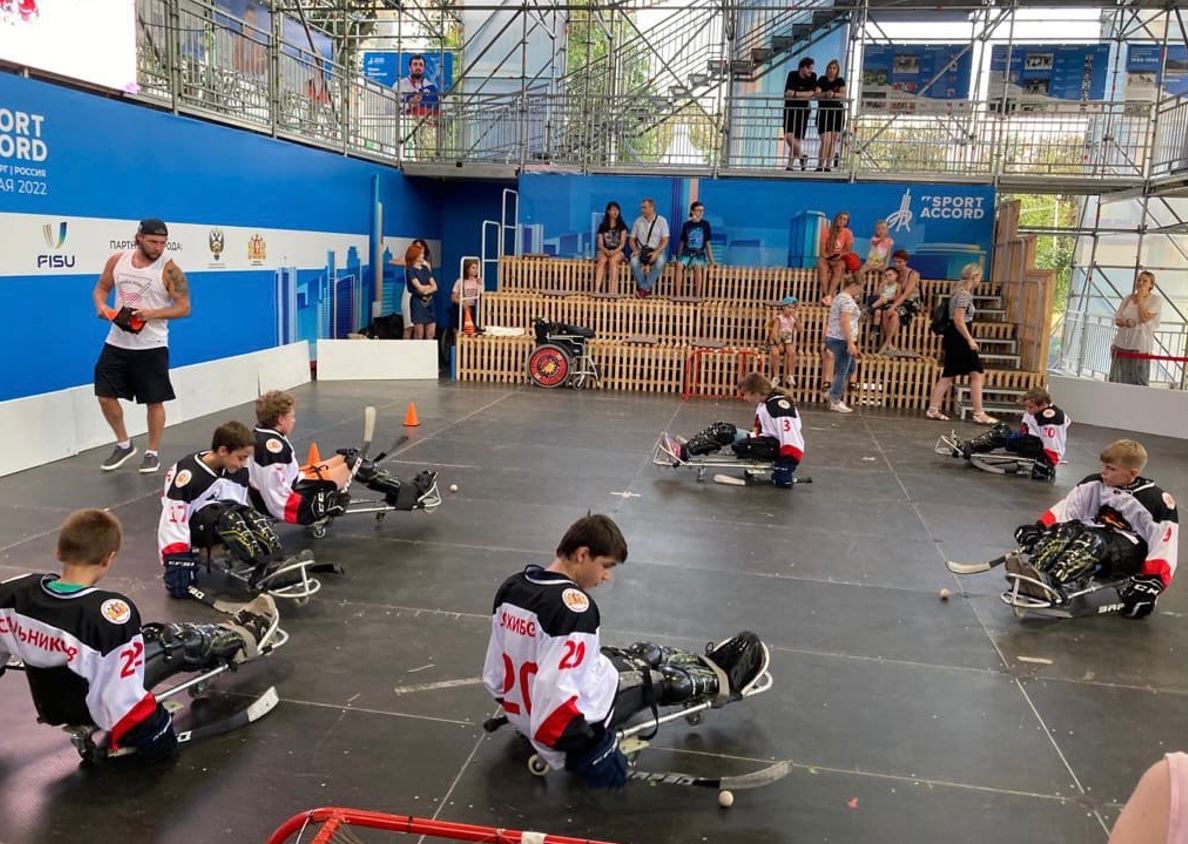 Ekaterinburg, Russia – A Sledge Hockey match took place for over 20 Ekaterinburg young athletes at the 1905 Square.

In this sport, special sleds are used instead of skates, and each player has two sticks in their hands, not only for shooting, but also for moving around the court. The design of the sled allows you to move on blades on ice or on wheels on any flat surface, so the training process never stops and does not depend on the season.

In Ekaterinburg, the children’s sledge hockey team only appeared in 2019. The charity foundation “With Peace and Love” and the Ministry of Sports of Sverdlovsk Region purchased all the equipment necessary for the team, and from January 2020, the team began training on the ice — from three to four times a week.

Our Uralets team has already played in friendly matches against Spartak Moscow and won two games, the guys have travelled to official tournaments twice and once to the Sledge Hockey League Festival, where they came third out of thirty.

Parents of the young hockey players report significant progress in their children’s physical development and, more importantly, in their social skills.

The coaching staff has big plans for the future — launching an adult team, integrating into major tournaments and creating opportunities for people with disabilities to be real athletes to eventually train their own Ural Paralympic champions.

The 1905 Square has been transformed into a green park. For nine days, the centre of Ekaterinburg rebooted and became a point of attraction for citizens. The Park was even closed to recover from the incredible influx of people.

In addition to the green areas, the sports pavilion of the SportAccord World Sport & Business Summit 2022 was built within the framework of “Atmosphere”, where sports events were held every day.