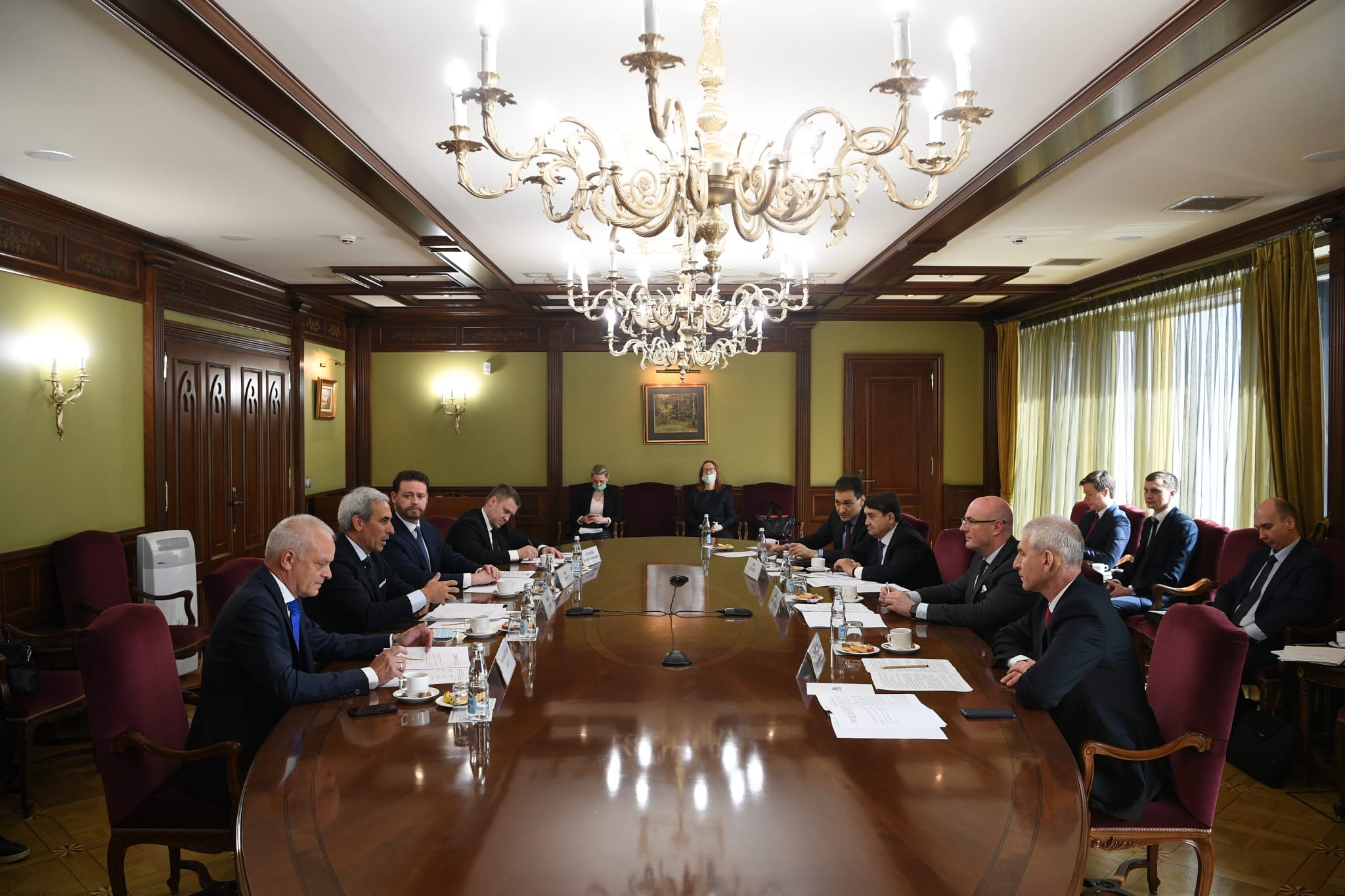 Mr. Chernyshenko said: “The Summit is one of the largest international sporting events. The preparations are being carried out on behalf of Russian President Vladimir Putin. We make every effort to ensure that this event is held at the highest level.”

Mr. Chernyshenko went on to say: “Particular attention will be paid to the preparation of a cultural and business program for participants and guests of Russia. Today, representatives from more than 50 countries have already been registered, such as Argentina, Australia, Japan, Malaysia, France, Germany, Singapore, etc.”

The commitment to ensuring the highest level of safety and security of delegates was reiterated with special attention being paid to the various measures that will be put in place in the context of Covid-19. Amongst others, one option being explored is making complimentary vaccines available for registered delegates.

Numerous other topics have also been discussed in recent days, including the support foreign participants at SportAccord 2021 will receive with visa processes, as outlined by Mr. Chernyshenko during an Organising Committee meeting in Ekaterinburg earlier this week.

Mr. Levitin said: “The participation of Russian President Vladimir Putin in the event will significantly increase its level and significance. Preparation is going on at the highest level.”

He also noted: “Sport needs to adapt to challenges such as the pandemic. And we can discuss, including at the site of the SportAccord World Sport & Business Summit in Ekaterinburg, with our scientists, the issues of protecting the health of athletes and vaccinations.”

The SportAccord delegation has seen first-hand the on-the-ground preparations for sport’s most influential global gathering this week in Ekaterinburg, where they also met with Sverdlovsk Region Governor Yevgeny Kuivashev, and Mr. Dmitry Putilin,  Head of the Directorate of the SportAccord 2021 Local Organising Committee regarding the impressive preparations to date.

“There is no doubt that Ekaterinburg is ready to host SportAccord and it was especially important to reconnect with Mr. Chernyshenko, Mr. Levitin, and Mr. Matytsin and to have their full support,” Dr. Chiulli said.

Dr. Chiulli went on to say: “We are also grateful for the continued backing of the Organising Committee, the Sverdlovsk Region and the Russian Federation for the outstanding preparations that have taken place and that the vision of delivering the most important 2021 event in Russia – the SportAccord World Sport & Business Summit in Ekaterinburg.” The annual World Sport & Business Summit is a six-day event attended by leaders of the global sports community. As the only global sports industry event attended by all International Sport Federations and their stakeholders, SportAccord also brings together organising committees, hosting cities and regions, governments and administrations, rights-holders, agencies, and athletes, as well as top-level experts and organisations from the sports media, technology, investment, medical and legal sectors.