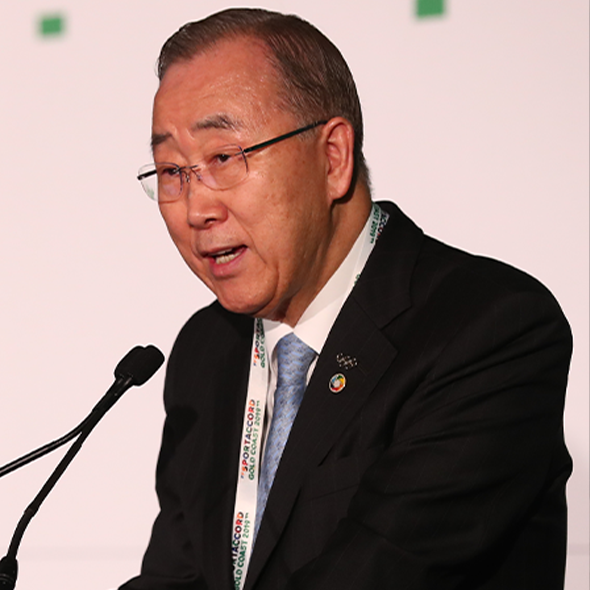 In April 2019, Mr. Ban has been elected as the Chairman of Presidential National Council to deal with Particulate Matter. In April 2018, Mr. Ban has been elected as the Chairman of Boao Forum for Asia. Since January 2018, Mr. Ban, along with former President of Austria Mr. Heinz Fischer, has been inducted as Co-Chairs of the Ban Ki-moon Centre for Global Citizens in Vienna, Austria. Mr. Ban Ki- moon has also been elected as Chairman of IOC Ethics Commission in September 2017. Currently, he is the Distinguished Chair Professor and Honorary Chairman at the Institute of Global Engagement & Empowerment at Yonsei University in Seoul, Korea. Since February 2018, he has been elected as the President of the Assembly & Chair of the Council of Global Green Growth Institute (GGGI).
Prior to such appointments, Mr. Ban has served two consecutive terms as the Secretary General of the United Nations (2007-2016). Throughout his tenure at the UN, Mr. Ban strove to be a bridge builder, to give voice to the worlds poorest and the most vulnerable people, and to make the Organisation more transparent and effective. He has pressed successfully for action to combat climate change- an effort that culminated in the adoption and rapid entry into force of the landmark Paris Agreement in 2016.