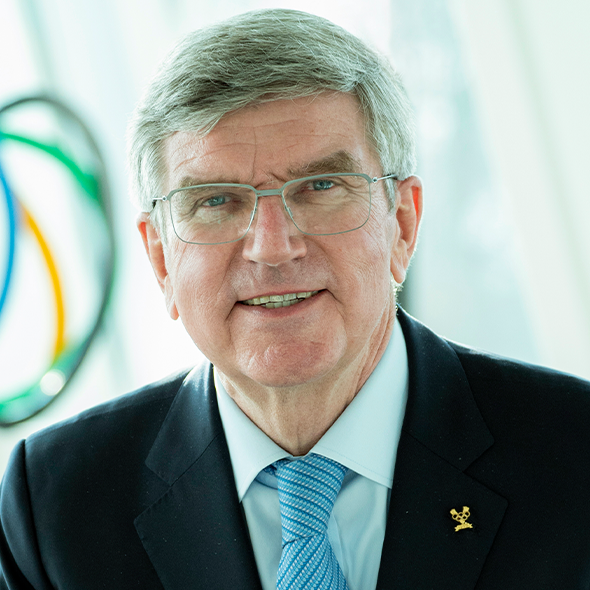 Thomas Bach was born on 29 December 1953 in Würzburg, Germany. Married and a lawyer by profession, he has had a successful career in sports both on and off the field of play. He became an Olympic champion when he won a gold medal in fencing (team foil) at the Games of the XXI Olympiad in Montreal in 1976 and in 2006, he was named as the founding President of the German Olympic Sports Confederation (DOSB).

Thomas Bach was an athletes’ representative at the XI Olympic Congress in Baden-Baden (1981) and a founding member of the IOC’s Athletes’ Commission. He became an IOC member in 1991, was elected as a member of the IOC Executive Board in 1996 and served as an IOC Vice-President for more than 10 years. He has also chaired several IOC Commissions.

On 10 September 2013, Thomas Bach was elected as the ninth President of the IOC.